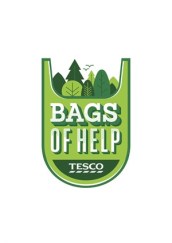 We are delighted to announce that the Llanfrechfa Grange Walled Garden project is to be a recipient of a Tesco Bags of Help award.  Tesco has teamed up with Groundwork to launch an initiative which will use the money raised from the 5p bag charge to award grants to community groups or projects in numerous regions across England and Wales.  Ranging from £8,000 to £12,000 the value of each award will be decided by Tesco customers taking part in an in-store vote.

Voting will take place over the nine days from Saturday 27 February until Sunday 6 March 2016.  Customers shopping in any of these stores during this time will be given a voting token for every transaction made.  (Online customers and shoppers in other stores can also get a voting token in one of these four stores by showing their delivery note or receipt). 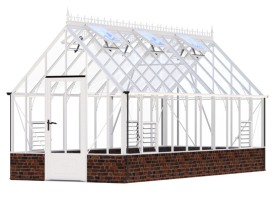 The award has been made to enable us to build the first greenhouse in the Walled Garden.  We plan to build a strong, roomy attractive structure for use by individuals and groups who would benefit from participating in horticultural therapy activities.

The bigger the award the better the greenhouse we will be able to provide!

So, if you are shopping in any of these four Tesco stores during the voting period please consider casting your vote for the Llanfrechfa Grange Walled Garden Horticultural Therapy Greenhouse.

2 thoughts on “Tesco Bags of Help – our first award, and we need your help!”

This site uses Akismet to reduce spam. Learn how your comment data is processed.

A project to restore the old garden